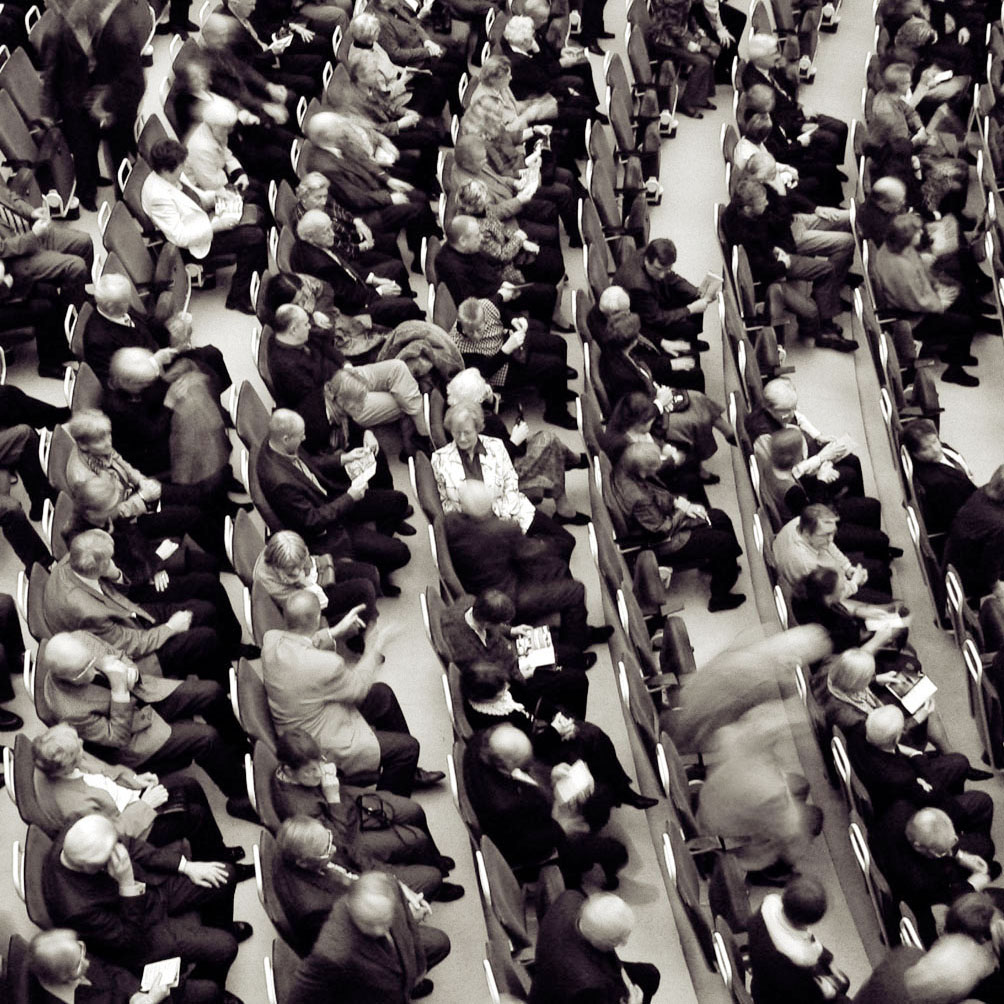 [match 2021]
- Corona Corona Corona Corona -
USO is still fed up with Corona. Now, as with the February concert, we have to cancel the May concert and pieces we originally wanted to play (which partly are from May 2020, which was also cancelled) will be palyed in the future. We dare not say when. It is most unfortunate for our conductor Eirik, since so far all cancelled concerts were on his "watch". Our conductor Bjørn was a bit luckier since we actually played in October 2020. We keep our fingers crossed for October 2021. Who knows.

[january 2021]
- Corona Corona Corona -
Like everybody, USO is fed up with Corona. No rehearsals, not seeing your music frends, not sharing the passion for making music together. It is bad. Now we had to cancel the february concert and pieces we originally wanted to play in the (also cancelled) may 2020 concert are now moved to may 2021. Let's hope things will be better then and that everything will work out.

[july 2020]
- Homepage brush-up [yet again] -
Feels like july 2018: Another major brush-up of the homepage. A new solution for the menu, to give more space to the main contents, which will especialy help (I hope!) when you look at the homepage from a small device (like your phone). Some minor things were also done, re-order the menu and remove entries nobody needs.

[june 2020]
- USO on Instagram (at last) -
We are slow, but we are getting there eventually. From now on USO is also on Instagram! Use hashtags "#universitetetssymfoniorkesteribergen" and / or "#uso_bergen" :-)

[august 2018]
- USO on YouTube -
Alexey, our great soloist from the October 2019 concert, has filmed his perfomance of Dvórak's violin concerto. Watch him an us in action here!

[august 2018]
- A new season, new members (many!) -
A new season and, o my god, so many new members in the strings! This is just great! Last night we counted and we were about 50(!) people. 50 people and we didn't even have to pay any of them which means: this is not the dress rehearsal. So if you are an new member an read this: please stay :-)

[july 2018]
- Homepage brush-up [again] -
Feels like june 2016: While everybody is lazy in the sun the webmaster has made some major brush-up of this homepage. Mostly a lot of technical stuff and "behind the scenes" stuff - a lot of code-rubbish had accumulated over the years. But I made some changes in the menu, fewer entries now and new names for almost all pages, so if you have bookmarked some old pages you're up for a 404 error :-) Now it even works (better than before) on a smaller screen - things adapt when you are below 1024 pixels. Maybe not a completely portable solution - much more protable than before!

[april 2018]
- Thank you, Harald! -
After two concerts only Harald moves on to a new job, in Stavanger. USO was privileged to have played under his direction, a great job he did and everybody in USO was really fond of him! Good luck "down south"!

[april 2018]
- No more (?) Griegakademiet / Prøvesalen! -
At this point it is not 100% sure if we can continue rehearsing in Prøvesalen. So be sure to check back our pages during summer to find out where you find us :-)

[february 2018]
- No more Studio A! -
This is the end of rehearsals in Stein Rokkans Hus and Studio A. Not sure if we are sad about it: a room with no daylight and no reverb at all was always a challenge for an orchestra. Until further notice (so watch this space!) rehearsal will take place in "Prøvesalen" in Grieg Academy, like ususual, on wednesdays between 18:30 and 21:30.

[february 2018]
- Oh history! -
USO now got hold of the review of the very first concert of USO's precursor ("Studentorkesteret"), published in the newsparer "Dagen" in 1867 - read it (in norwegian) here!

[august 2017]
- Technicalities -
Aaah, finally the pictures scale correctly when you either make your browser window smaller oder you just have a small screen (pad / phone). Well, well, sometimes the "easy" things take quite some time...

[october 2016]
- Joke turned real -
When I started making this homepage the remark on the first page ("This page is best viewed on a computer" ) was nothing but a stupid joke. Hey, haha, this is the internet, so you'll need a computer. In the meantime all sorts of internet-capable devices have come along and this remark has become a prophecy. Since I don't have the time (and / or mood) to do an adapted version it is more true then I thought: "This page is best viewed on a computer" - down to a screen width of around 1000px. Whatever happes when you look at this page on your smartphone I don't know. Maybe I don't want to know either. Maybe one day I'll do a portable version and the the page 1 joke is more back to being a joke.

[june 2016]
- Homepage brush-up -
While everybody is lazy in the sun the webmaster has made some major brush-up of this homepage. A number of new pictures and two new categories, one for USO artwork and one with USO in mp3, in case you want to relive fond memories (if you're a member) or in case you want to get an impression of the level USO played on during the years.

[september 2015]
- USO makes another trip to Kinsarvik -
A large fraction of USO had a yet another great stay in Kinsarvik (as last year). Kinsarvik and Hardanger pretty much looked exactly the same as they did last year. Some pictures from the trip you can find here. Don't expect anything spectacular new as compared to last year. If you want to know what the city of Kinsarvik looks like or if you want to see some nice pictures from Hardanger - well, have a look at last year's pictures, which still are here.

[september 2014]
- USO makes a trip to Kinsarvik -
A small fraction of USO had a great stay in Kinsarvik - see the evidence here!

[october 2013]
- Nice! -
Well, USO had quite a successful year - all three concerts this years saw people queuing up at the entrance, something we haven't had in the last ten years with the exception of a very singular concert in Håkonshallen in may 2008. So - let's keep the momentum and head in into 2014!

[march 2013]
- Thanks everyone! -
Thans everyone - Sebastian / Stian / audience / extra musicians - for a successful March-concerto! This is the second time within the last 10 years that we had a queue at the entrance! The other occasion was in May 2008, again a concert with Sebastian among the solists. Let's hope USO can keep up the momentum!

[july 2012]
- Incredible! -
Wow! USO's financial troubles finally lie in the past after Charlie Sheen gave us one million dollars - isn't that great ;-)?

[may 2012]
- Thanks, David -
What a wonderful concert - nice weather, a pure Beethoven program and, boy, what a soloist! Thanks David, not only for playing unearthly beautifully, but also for being such an enthusiatic person in the rehearsal. A privilege for an amateur orchestra to get someone like you. And, hey, we might even have played for 15 more seconds and the concert would still fit on a 80mins CD :-)

[oktober 2011]
- Thanks, Evgeni! -
Evgeni, thanks a great big lot for playing the Rachmaninov so wonderfully on the occasion of our very long concert on October 22nd, 2011! Thanks to everybody, both orchestra and audience, for not leaving during the 2hrs+ event :-)

[august 2011]
- Ph.D. gig! -
A selection of USO-people played at the Ph.D. ceremony in beautiful Håkonshallen. See a picture of those involved here - they all look so happy (come back here via the "back" arrow in your browser). [Photo courtesy of... well I actually don't know who took the picture].

[august 2011]
- Change of location (again)! -
Another change in rehearsal location. Sorry that this did not make the way into our folder, it came on short notice right before be picked up playing in mid-August. So now we are back in Studio A (groundfloor) in Stein Rokkans Hus (Nygårdsgt. 5) and we start at 18:30.

[may 2010]
- Thanks, Ricardo! -
A change has come. Due to loads of interesting projects Ricardo has no longer the capacity to conduct us - we say thanks for many fruitful years with a lot of exciting music we played under his leadership. New (though not completely new, check our "previous programs" list) is Stian Svendsen, whom we of course warmly welcome.

[february 2010]
- Snow! World Premiere! -
Snow, snow, nothing but snow. Thanks to everyone who found the way to our concert and thanks to Eilert Tøsse for writing such a great piece for us, which had it's world premiere in this very snowy concert!

[january 2010]
- New homepage adress -
As you will notice when you read these lines, the USO page has moved. This was necessary since we need to be able to have a webmaster, who is no university member and that got increasinly difficult on the uib.no site. Apart from the new adress not much will change.

[june 2009]
- New space -
Rehearsals from August on will - again - be in Stein Rokkans Hus (Nygårdsgt. 5) but now we move to Studio A on the groundfloor. Note a slight change in rehearsal start: we now start a 18:45.

[march 2009]
- Goodbye canteen -
After all too many years of rehearsals in the "canteen" this space is no now longer avaliable - no reason to be very sad. We're set until summer and it will be exciting to find out where we will rehease after summer break.

[october 2008]
- Technical update -
A brush-up of some technical stuff: updated photographs, a new front page, the navigation menue on the left side now is fixed and does no longer scroll with the rest of the page. Quite a lot of work, though you may not see it. I learned some new stuff in the process - yes, old dogs can learn new tricks.

[august 2008]
- Soundpainting -
With the advent of the new season we're going to do some "soundpainitng" to start off the rehearsals. If you want to know more about this method, read here!

[mai 2008]
- Håkonshallen -
It can't possibly get much better than our mai concert: the sun shining, Håkonshallen almost filled up and great soloists. Let's hope we keep the spirit to the fall season!

[november 2007]
- Ikke skrik på meg! -
Playing the "fiddler on he roof" with Steinerskolen sure was a fun thing to do. Steinerskolen really has an impressive number of talented pupils. For us there were some new challenges in the world of musicals for a symphonically trained orchestra. I never thought there could be so much flats and sharps in one score per squarecentimeter.


[august 2007]
- World record! -
Starting off the new season with 17 violins is world record on USO standards. Not only do we have many new players, but good they are, too. Thanks to all new members and - please do stay with us for a while :-)


[mars 2007]
- Riley rules! -
The performance of Terry Riley's "in C" with the USO ensemble and Marianne might well be one of the most beautiful things this orchestra has accomplished.


[februar 2007]
- New language -
The international information section features a new language - basque! This could only be impelmented with the help of a snowstorm i Denmark.


[august 2006]
- New mail address -
Hotmail is just crap so there is a new e-mail adress, which you find on the top of this page.


[april 2006]
- Some technical stuff fixed -
The USO homepage looked garbled and not as it should when you were using Mozialla or Opera as web browsers. The reason for this behaviour has now [luckily] been found and the thing fixed. Moreover the pages are now "printer-friendly" (i.e. black on white) when you print them.

[mars 2006]
- David is a great person. -
David Jackson was attending both of our concerts of his "Beam Machine". Thanks for coming to Bergen, David, and just write more pieces we can play. See som pictures here!